Agriculture and Agri-Food Canada & B.C. Ministry of Agriculture through programs delivered by the Investment Agriculture Foundation of B.C.

University of the Fraser Valley

This brief is based on one year of variety trials data collection.

The goal of the BC Seed Trials is to engage farmers in producing knowledge relevant to seed systems development in British Columbia. These variety trials aim to identify superior crop varieties for fresh market farming and seed production.

Lacinato (also called dinosaur or Tuscan) kale is prized for its appearance, good flavour, and tenderness when cooked. Although many seed companies offer heirloom varieties named “Lacinato,” these varieties are not all the same and may show significant variation for a number of traits. The varieties chosen for this trial represent distinct strains of lacinato which have been maintained or selected differently according to our correspondence with seed companies.

Priority characteristics for this trial included:

The variety trials described in this brief were conducted in 2016. These results represent only one year of data collection, and therefore should be seen as a snapshot of the varieties in that year, which might vary in other weather conditions. 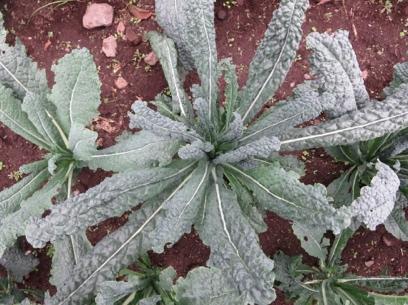 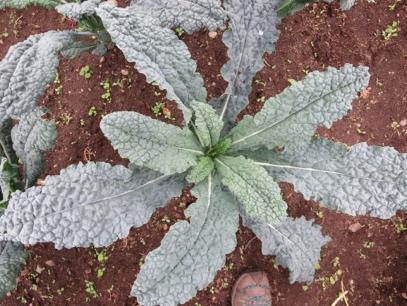 Yield was measured as the total marketable weight harvested from each plot during a single harvest event. Rainbow Lacinato (Salt Spring Seeds) and Lacinato (Eagleridge Seeds)had the  greatest average yield.

Several of the top-performing varieties noted above were from local seed companies, supporting the idea that BC seed growers are maintaining varieties that are well-adapted to local conditions. For more detailed assessments of the 14 lacinato varieties studied, see the full report here.