This brief is based on research that has been published in a peer-reviewed journal.

The Vancouver Island and south coast regions of British Columbia (BC) have mild temperatures suitable for the planting of cereals as a spring crop. The potential of these crops have not been well studied in this area, though in one Canadian study maximum yields were higher on organic farms than long-term conventional averages, highlighting the potential for successful organic grain production in Canada. Recently developed or new-to-the-area varieties or cultivars of cereals and grain legumes are newly available, and this study aimed to fill the gaps in knowledge about these cultivars.

Protein concentration of wheat and barley has a major impact on the quality of grain products and how they are best used. This trait is a priority for improving bread-making or malting qualities. In wheat, high protein levels are required for baking pan breads and blending. In barley, low protein levels are required for malting, brewing and distilling. This study was conducted in 2010 to compare the protein concentration of heirloom and commercial cultivars of wheat and barley at the Centre for Sustainable Food Systems at UBC Farm, at the University of British Columbia in Vancouver, BC.

Researchers tested the protein concentration of 19 wheat and 17 barley cultivars. Seeds were cleaned and weighed prior to planting, and were sown using a hand seeder. All cultivars were provided with the same level of management. No external fertilizers, pesticides or fungicides were used. Plots were watered with a timed sprinkler irrigation system. To conduct the protein assessment, the cultivars were harvested, dried, grounded, and tested for nitrogen content. The nitrogen contents were then converted to protein concentrations. 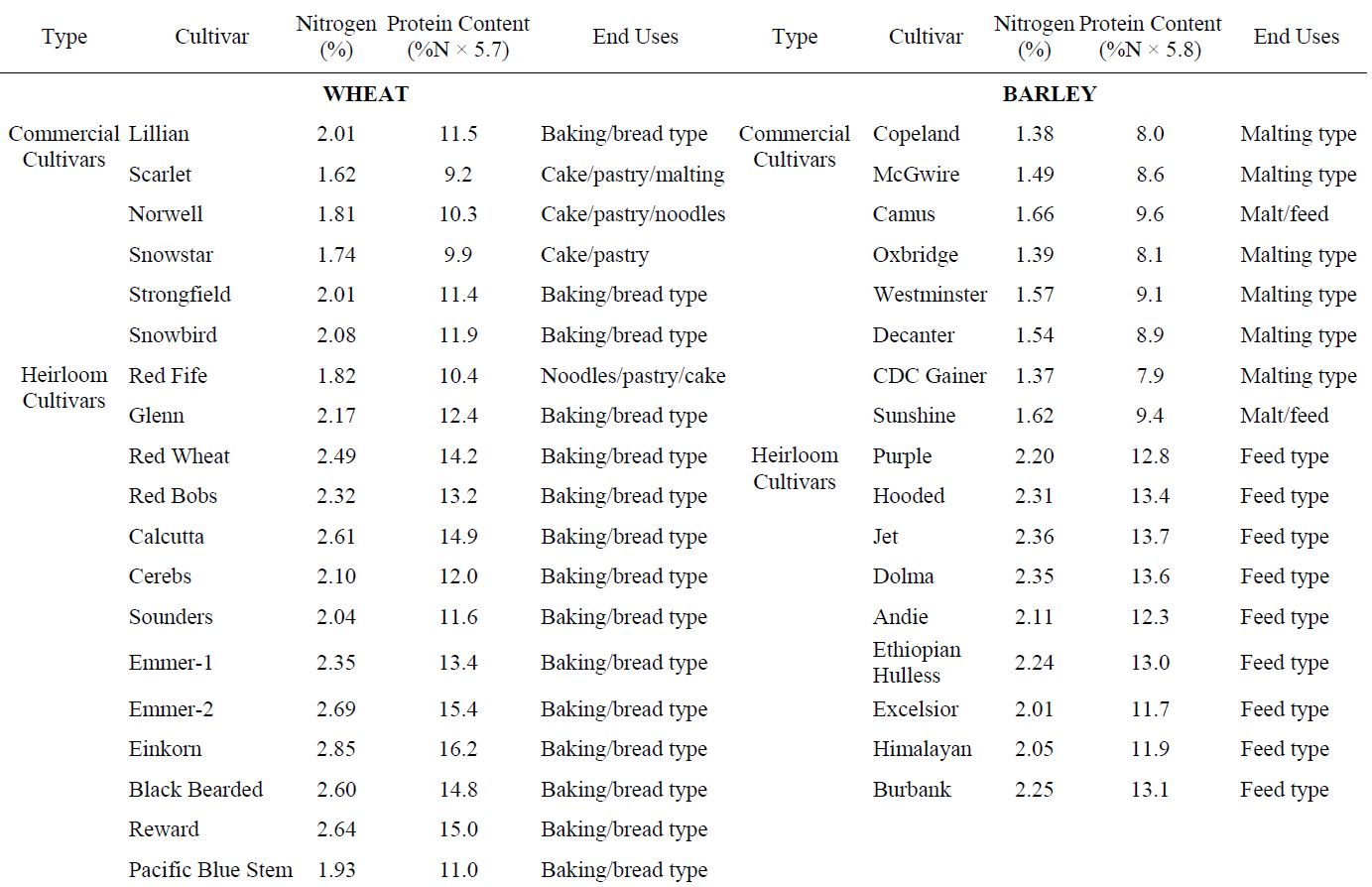 Figure 1. Protein content of wheat and barley cultivars grown under organic production systems during 2010 spring season at the UBC Farm.

Variation in protein levels were observed in wheat and barley cultivars when grown under different environments and management practices. Variation among cultivars for protein content suggests the possibility of crop improvement through breeding programs.

This research was part of Dr. Chapagain’s PhD dissertation.

Good Roots: Understanding the Differences Between Heirloom and Commercial Wheat and Barley Roots
The architecture of a plant’s root system has a strong impact on crop performance, and…

Barley–Pea Intercropping: Growing Crops Together to Improve Land Productivity
Growing barley as the sole crop in a field has impacts on land productivity by decreasing soil…

Tensions at the Boundary: What Defines ‘Organic’ Plant Breeding?
Genomic technologies are developing rapidly and continue to impact the food and agriculture…

Balancing nitrogen and phosphorus on organic vegetable farms
In the first episode of the Organic BC podcast, they discuss on-farm research trials that compared different combinations of organic amendments (composts and organic fertilizer) and their impact to crop yield, soil carbon, input costs, and residual soil nutrients. Amy Norgaard, a former Master of Soil Science student with the Sustainable Agricultural Landscapes Lab at UBC, discusses the research process and key findings.