Local vs Global: What Crops Have a Lower Footprint in South Western BC?

This research brief was prepared by the BC Food Web team, based on an article published in Renewable Agriculture and Food Systems.

As concern around environmental impacts, food security, and long-term sustainability grows within our society, many people have begun to argue for the benefits of a more local food system, but currently evidence for this is lacking. This study seeks to fill that gap and provide a more holistic investigation of the local versus global debate, beyond just one factor such as greenhouse gas emissions. The study challenges the notion that local food systems are necessarily more environmentally sustainable by analyzing the actual resource footprint of a British Columbia-based food system. By comparing the respective water, carbon, land, and ecological footprints of both a local and a global food system, this study reveals the local or global advantage of dozens of crops.

Each crop was assessed for four different ‘footprints’ - the effects a person or activity may have on a specific aspect of the environment:

The study found that only a handful of locally-grown crops are more environmentally sustainable in all categories than their global counterparts. Six crops analyzed had a local advantage in all footprints and 13 had no local advantage at all. The remaining crops had a range of significant, partial, or one footprint local advantage. The results also illustrated that local production was not able to meet demand for products, further creating reliance on imported goods. Of products that were produced locally, 53 per cent showed no local advantage at all, demonstrating that importing these goods would actually be more environmentally sustainable from a footprint perspective.

Southwestern British Columbia is heavily reliant on imported products, with only 35 percent of the food consumed in the region actually grown there. However, many imported foods are actually more sustainable than their locally grown counterparts from a footprint perspective and many locally grown foods show no or only partial local advantage. Currently, consumers tend to favour foods with no local advantage, making local production less sustainable than imports according to the study’s four footprints. The overall analysis revealed the need for 2 million hectares and 3 billion m3 of water to meet local demand. If this demand were to be met with the current conditions in south western British Columbia, 2.8 million tons of carbon dioxide would be generated. 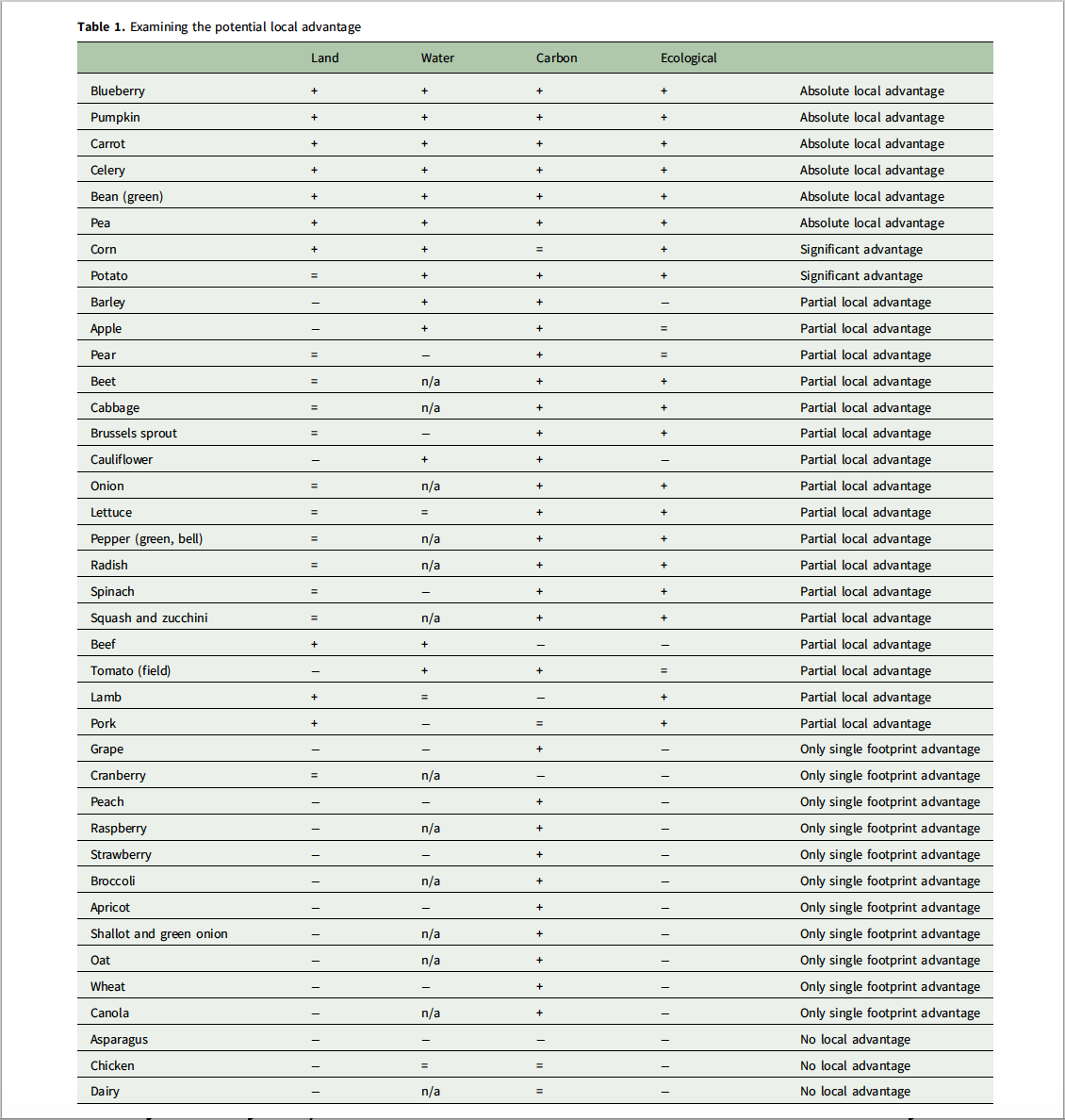 Evaluating contaminated irrigation water in BC's Lower Mainland
Foodborne pathogens can cause human illness and sometimes even result in loss of life. VTEC (…

Red Beet Varieties for Storage in Lower Mainland BC
Commonly used red beet varieties such as Detroit Supreme, Red Ace and Red Atlas are solid performers for Fraser Valley growers. Recent variety trial work, carried out over the 2014 and 2015 field seasons, has focused on evaluating other commercially available varieties for storability and comparison against the industry standards.